Subdominant male mice are able to rapidly respond to the emergence of power vacuums. When an alpha male is removed from a hierarchy, subdominant males rapidly (within 3 minutes) recognize that there exists a social opportunity and they aggressively exert their own dominance over all other animals in the group (see Williamson et al 2017 ). These males socially ascend to become the new alpha males and are able to stay at the top of the hierarchy. This demonstrates great social competence on behalf of these males to be able to so quickly respond to a change in the social context of the group. We have also found that this change in social context leads to changes in neural gene expression and activity. When the alpha male is removed, we observe that subdominant and subordinate males show increased GnRH mRNA expression compared to when the alpha male has not been removed.

Notably, we see increased cFos immunoreactivity throughout several regions of the forebrain and midbrain of socially ascending sub-dominant individuals. In particular, ascenders have profoundly increased cFos in the frontal cortices (infralimbic, prelimbic, retrosplenial) as well the CA1 and dentate gyrus subregions of the hippocampus. Future work will identify the functional role of this increased immunoreactivity in enabling mice to make social decisions to ascend a hierarchy. 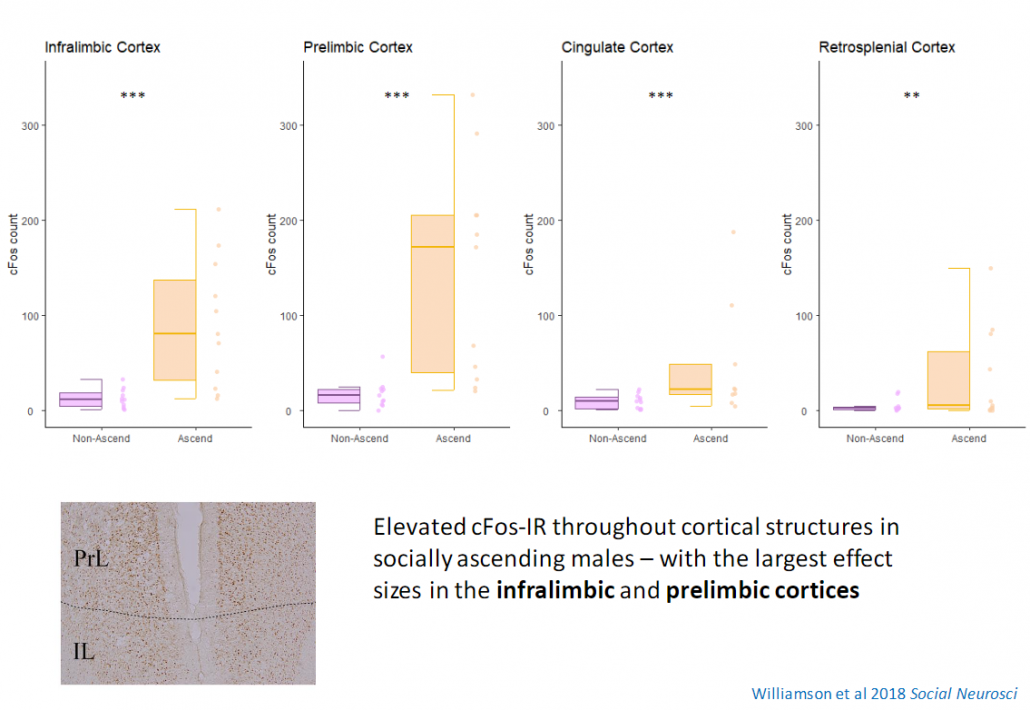 We are also actively exploring the global transcriptomic changes that occur as a function of social ascension and descension to support transitions of social status.