Many species use social cues or signals to guide the expression of contextually appropriate behavior, yet little is known about how the brain processes such information. We are currently investigating this question by exposing mice to social cues and analyzing neural excitation and the expression of other receptors and neurotransmitters in the brain using various histological techniques.

Chemical signals, such as pheromones and urinary proteins, are perhaps the most common mode of communication used by social species to convey identifying information including sex, species, status, and individual identity. The urine of mice contains various chemicals including Major Urinary Proteins (MUPs), some of which are crucial for territory marking and are vastly more prevalent in the urine of dominant mice.

In one study (Lee et al. 2021), we exposed mice of dominant or subordinate status to the urine of familiar (from their home-cage) or unfamiliar (from a different home-cage) mice of dominant or subordinate social status and subsequently examined the immunoreactivity of the Immediate Early Gene (IEG) cFos in their brain tissue. IEGs are expressed upon depolarization of a neuron’s cell membrane, and thus they serve as a proxy for neuronal excitation. Briefly, we found that several brain regions respond with more or less excitation depending on the subject animal’s own social status as well as their familiarity with the animal who provided the urine and that animal’s social status.

We are further investigating how the brain processes social information using a technique called cellular Compartment Analysis of Temporal activity by Fluorescence In Situ Hybridization (catFISH) to trace back when neurons have been activated at multiple time points. By targeting the expression of different IEGs with non-overlapping expression timescales we can determine which neurons were activated by two temporally distinct social stimulus events. 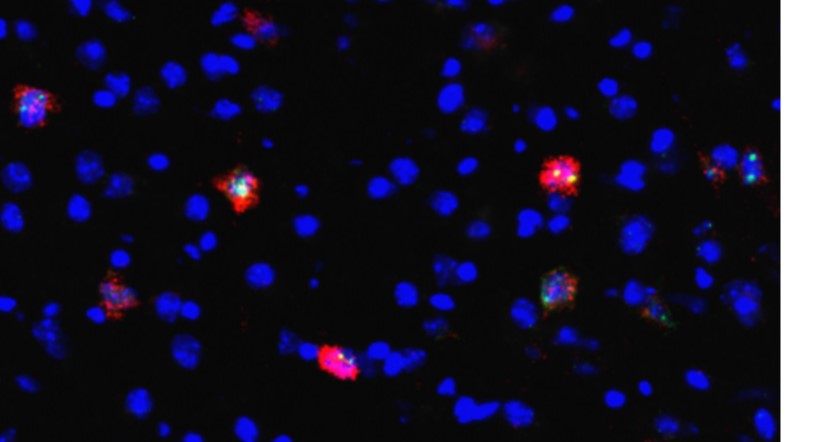