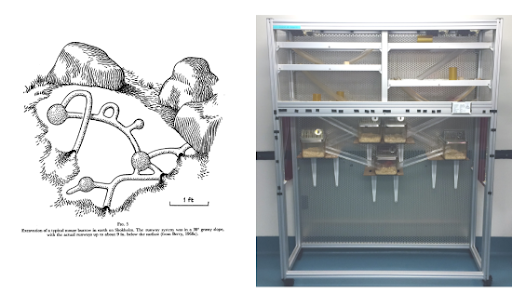 Studying complex social behavior in the laboratory is challenging and requires analyses of dyadic interactions occurring over time in a physically and socially complex environment. In our laboratory we conduct long-term behavioral observations of animals housed in groups in large vivaria that mimic the burrow systems of their ancestral species Mus musculus (pictured).

We have studied groups of males and females. We have found that both male and female mice form highly linear dominance hierarchies where animals occupy unique social ranks.  This is illustrated in the pictured sociomatrices. These aggregate observed aggressive behaviors between individuals. Numbers represent the total number of agonistic behaviors that individuals in rows directed towards individuals in columns. This matrix can be converted into a dichotomized 1/0 matrix (on the right). In this example, a 1 represents that the individual in the row is a clear winner against the respective individual in the column. A 0 indicates a clear loser or tied relationship. From these sociomatrices many statistical analyses of social dominance can be applied. We have made many of these methods available in our compete R package 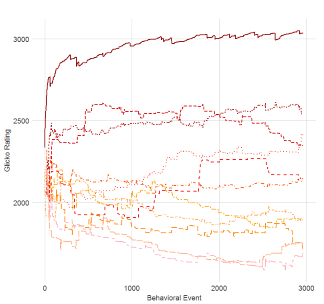 We have shown that mouse hierarchies emerge rapidly and are stable over several weeks. Within each group of 10-12 male mice, typically one clear alpha individual becomes dominant over all overs. There are an additional 2-4 sub-dominant individuals and the remaining individuals are subordinate. However, even subordinate animals determine their relative rank order.

Notably, we have shown that male mice are even able to form linear hierarchies when housed in groups of 30 individuals. In larger groups, we have also observed using social network analysis that animals form distinct sub-communities.

Below are representative tick plots from six cohorts that show each aggressive behavior by each animal by rank. For readability the x-axis is the number of each aggressive act rather than time. As can be seen, there is inter-hierarchy variability in the degree of activity of animals – but across all groups, those who can be classified as ‘alpha’ or ‘sub-dominant’ engage in the highest levels of activity. 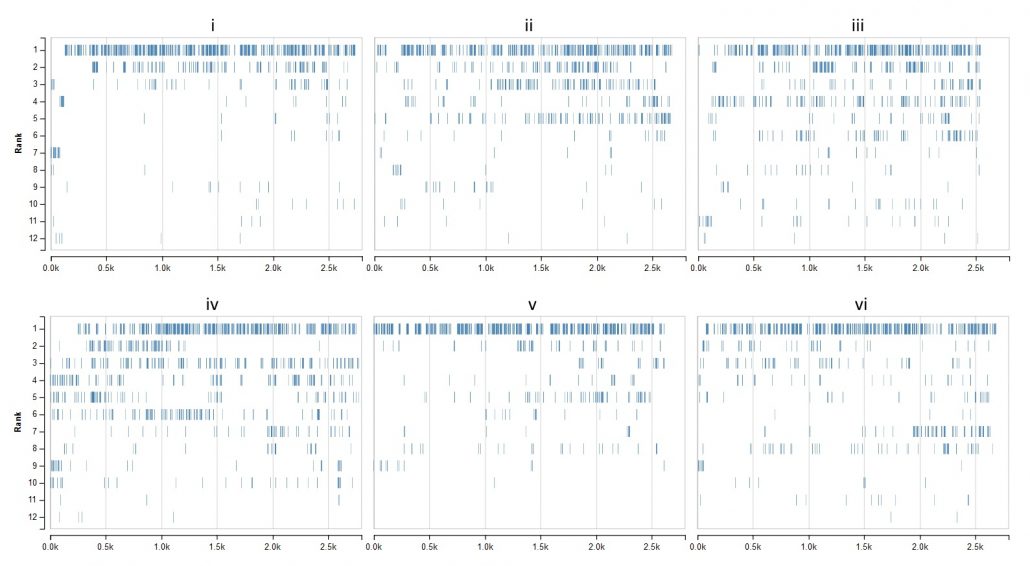